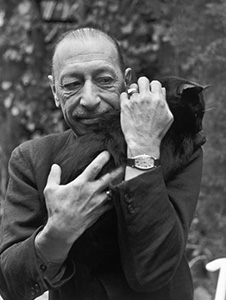 With 2013 as the 100th year anniversary of the premiere of “The Rite of Spring,” it struck me as essential that March Music Moderne III should join in with the worldwide celebrations of this unique occasion. Quite simply put, Stravinsky’s Rite is THE signal classical music composition of the entire 20th century. It feels as fresh today as the day of its premiere in Paris a century ago.

So, I selected ten composers in PDX to write one-minute marches to be performed by the Free Marz String Trio on our 8 March concert @ the Community Music Center. In addition to setting the format, length & style (march), I let the composers choose any aspect of The Rite that specifically spoke to them; a chord, a motive, a rhythm, etc. The result is ten very different marches from ten composers with very different concerns & personalities.

The concert on which “The Rite to March” commissioned marches appeared (“Sound Voyager: Live From Marz”), will be broadcast on KBOO community radio on monday 25 March’s “A Different Nature” program. Additionally, “The Rite to March” project will be recorded for future release on the Free Marz String Trio’s first CD. Stay ‘tooned….

TRTM project was funded by the Baby LeRoy Memorial Trust.

As a reformed bassoonist, I’m quite familiar with the opening strain of Rite of Spring; the section which renders the instrument unidentifiable because it is so far out of its register. This strain — originally stolen from Lithuanian folk songs by Stravinsky – repeats in so many modified forms throughout Rite of Spring. I’ve taken that strain and changed it again — the melody, the rhythm, and in the roles that the instruments in a string trio traditionally play.

Christi Denton is a Portland based composer and sound installation artist who generally works with found sounds, electronics, and homemade and modified instruments. She’s been part of 2012’s Guthman Musical Instrument Competition, composed music for Ten Tiny Dances at the 2011 and 2012 Time Based Art Festivals, and worked with choreographer Danielle Ross on a collaboration that was performed as part of Conduit’s 2012 Dance+ series.

In Left, Rite, I wanted to put a non-march-like theme into a new context, so I combined a lyrical theme played by the violins in artificial harmonics in the introduction to the second section of The Rite of Spring with a martial fanfare from The Dance of the Earth.

Elizabeth Blachly-Dyson is a molecular biologist who started writing music late in life after several years of accompanying her son to his composition lessons. She plays the cello with the Pacific Crest Youth Sinfonietta and with the Marylhurst Symphony, both of which have performed her music. Several of her compositions have been performed at concerts organized by Cascadia Composers (chapter of NACUSA). She has studied composition with Dr. Robert Priest and Tomas Svoboda, and recently began studying with Jonathan Newman. 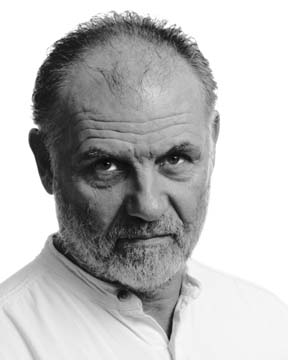 I picked a catchy section and messed around with it in the quasi-senza-misura language I’d recently revisited to finish off Diameters. It’s already a march, so nothing tricky, nothing deep, just fun.

Agnieszka Laska Dancers’ Resident Composer, Jack Gabel, for 10 years has focused on programmatic works for the dance theater stage. His Diameters series — started 1980 (as a student), completed 2011 (on an Oregon Arts Commission Fellowship) and premiered February in the Gerding Theatre Lobby — showed his rarely heard abstract side.

This brief, energetic work takes a very recognizable fragment found near the end of Stravinsky’s “The Rite of Spring” as its point of departure. A frequent alternation of differing, evolving musical cells also occurs throughout the piece, providing a reference to a characteristic technique utilized by Stravinsky.

Michael Johanson’s music reflects a deep interest in bringing together materials drawn from a wide range of styles and approaches, filtered through a distinctly personal voice. His works have been performed at numerous concerts and festivals throughout the United States and abroad by distinguished soloists and ensembles. Awards and fellowships he has received have come from institutions such as the American Music Center, ASCAP, the MacDowell Colony, and Virginia Center for the Creative Arts. Johanson was the Composer-in-Residence at the 2012 Jubilus Music Festival. Recent commissions have come from the International Beethoven Project, the Northwest Horn Orchestra, and the Portland Chamber Orchestra. Mr. Johanson is Assistant Professor of Music at Lewis and Clark College. 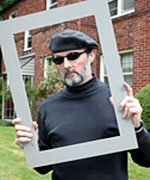 Robert McBride is founder and president of Club Mod, All Classical Portland’s Saturday night playground for modern music and the listeners who love it. He also plays host to the more mainstream classical repertoire on weekday afternoons. Radio was mom’s idea.

Bonnie Miksch — Igor and Vice and Everything Spliced

Extracting morsels from the mammoth Rite of Spring to create a piece limited to sixty seconds was an interesting creative problem. I definitely went with the “more is more” rather than “less is more” aesthetic, and tried to splice as many great quotes as I could without sacrificing coherence. The result is somewhat intense, but comes across as comical due to it’s brevity. It reminds me of my kids and how dramatic they can be at the drop of a hat. As their teachers at school say, “I am noticing a big reaction to a small problem.”

Bonnie Miksch is a composer who writes both acoustic and electroacoustic works. Her music explores the distinctly human realms of emotions, dreams, and states of consciousness, and combines diverse elements with an ear for coherence. Her music has been performed in Asia, Europe, Canada, and throughout the U.S. She has received commissions from the Meet the Composer, The Fireworks Ensemble, Beta Collide, and The Oregon Music Teacher’s Association who awarded her “Oregon’s Composer of the Year” in 2011. In 2012 she received an international award from the Sejong Cultural Society for her piano trio, Song of Sanshin. She has taught composition and music theory at Portland State since 2004.

Andrew Oliver — The Ides of Marching

My march begins with a rhythmic pulsating figure reminiscent of the classic hits in the Rite of Spring and then (lest it not actually sound like a march) uses one of the main lyrical melodies from later in the Rite with a new harmonic framework while the cello holds down a general march-esque feel.

I am a pianist and composer working primarily in jazz. I am from Portland and studied for a while at Loyola New Orleans before returning post-Katrina. I now have a variety of projects ranging from the 12-piece nonprofit Portland Jazz Composers Ensemble to the west African / jazz blend of the Kora Band and an old-time swing group, the Bridgetown Sextet.

The Rite Forever March is a mashup of material from the Rite’s Spring Rounds and Dance of the Adolescents, as well as Sousa’s Stars and Stripes Forever.

John F. Paul is active writing music for the concert hall as well as film and video games. His interests lie in the intersection of the dramatic and architectural aspects of music. He currently chairs the Department of Music at Marylhurst University, where he teaches composition and holds the Joseph Naumes Endowed Chair in Music. His film-score to FW Murnau’s silent classic City Girl premiered at the Oregon 150 Film Festival and will be featured at this year’s Astoria Music Festival in June.

Rhythm is my meat, melody my potatoes, harmony perhaps the salad or vegetables. I took this meal from the first part of the ROS (a true banquet) as I was interested in capturing its momentum and rhythmic audacity in one minute. My experience in jazz aided my use of compound rhythms. I wasn’t concerned about being too blatant as to what melodies inspired me, so what fragments I used should be obvious to all.

Art Resnick has been a professional jazz pianist/composer for over 50 years and a closet contemporary classical music composer. In the past few years he’s turned his attention more to the classical genre incorporating his jazz experience in it-not to mention that his jazz compositions have always been influenced partially by his knowledge of classical form. He is mostly self-taught but did study composition briefly with R. Murray Schafer and Robert Schallenberg (U of Iowa). He has a Bachelor of Music degree in performance.

My March Proto-Slav, is a double homage to Le Sacre (which changed my life the first time I heard it when I was 12), and to Stravinsky’s many delightful instrumental miniatures.

David Schiff is R.P. Wollenberg Professor of Music at Reed College. His chapter “Everyone’s Rite” will soon appear in a collection of reconsiderations of the Rite of Spring published by the Paul Sacher Stiftung, Basel.

This March is the first of the Three Easy Pieces for piano duet written by Stravinsky in 1915, partly to have something to play with his children. The primo is of normal difficulty but the secondo is childishly simple. Later he arranged it for chamber orchestra, but it remained for Bob Priest to do me the honor of asking me to make an arrangement for string trio before such a thing could be inflicted upon the world. Inflicted is the word likely to occur to the cellist at least, who is unavoidably saddled with the monotonous (yet occasionally entertaining) secondo.

Jeff Winslow is a fourth-generation Oregonian and a founding member of Cascadia Composers.